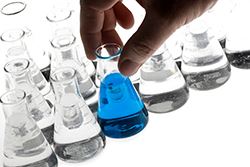 The California State Water Resources Control Board, Division of Drinking Water, is requiring public K-12 schools statewide to have their on-site drinking water tested to ensure that drinking water is in compliance with regulations and requirements for the presence of lead.

To assist, Western is required to test the drinking water at all K-12 school sites within our retail service area. The test is free to schools and will cover the costs of collecting samples, analysis, and reporting the results to the State of California and the school. While free to schools in the area, this state-mandated program is funded by Western’s ratepayers.

Western’s Drinking Water is Safe and Tested Throughout the Year

Western is serious about ensuring the safety of the drinking water we deliver to school sites in our service area. Our water quality staff continuously monitors our drinking water supply. Results of these tests published in our Annual Water Quality report show that our drinking water exceeds all quality standards set by both the state and federal government for lead.

Why Are School Sites Being Tested for Lead in their Drinking Water?

Unlike other areas of the country, California’s drinking water is generally at low risk for lead contamination, because lead in drinking water service pipes is not commonly used in California water distribution lines.

Western has no record of having any lead service lines within its drinking water distribution system. However, this may not be true for on-site water pipes (non-Western pipes) at older school locations whose pipes were joined with lead solder before it was banned by the Federal Safe Drinking Water Act Amendments in 1986.

The new drinking water lead sampling tests will be conducted on the actual school site from water that has left Western’s distribution system and has passed through the meter and into the on-site school pipes. Areas to be tested will include regularly-used drinking fountains, cafeteria/food preparation areas and reusable water bottle filling stations.

As of July 2018, most schools in Western’s retail service area have been tested and no lead has been found. The remaining schools will be tested in fall of 2018.